Insights at the Edge

Subscribe to Insights at the Edge to hear all of Tami’s interviews (transcripts available too!), featuring Eckhart Tolle, Caroline Myss, Tara Brach, Jack Kornfield, Adyashanti, and many more. 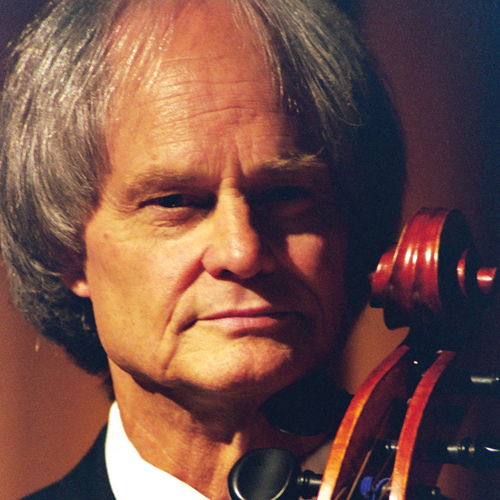 "Maverick cellist” is the phrase most often assigned to Grammy-nominated artist David Darling, but it hardly captures the richness, diversity, breadth, and sense of humor of a man who literally redefines the way the cello is played and the way music is taught. His prolific collection of recordings and innovative performance style represent an eclectic variety of musical genres. His playful and unconventional teaching methods have helped open the world of music and improvisation to thousands of individuals.

David began piano lessons at the age of five and the study of classical cello at age 10. He attended Indiana State University, earning his bachelor's and master's degrees in music education. He studied cello with internationally recognized artists/teachers Lorne Monroe, Gilbert Reese, Fritz Magg, and Janos Starker, while at the same time pursuing studies in music composition. He was a scholarship student with the Pierre Monteux School for Conductors, and studied jazz performance at Berklee School of Music in Boston.

In the summer of 1970, Darling joined the Grammy-award winning group the Paul Winter Consort. He made his home in Nashville, Tennessee, where he served as assistant principal cellist with the Nashville Symphony Orchestra and worked as a studio session player in the Nashville recording scene. But his main focus was the Consort, an extraordinarily progressive band. He retired from the Paul Winter Consort in 1987 and began to explore the new experiences of working as a solo performer, teaching, and making recordings.

In 1986, Darling co-founded Music for People, an internationally recognized nonprofit educational network dedicated to teaching and fostering music improvisation as a means of creative self-expression. Music for People's training and certification program, now in its twenty-second year, continues to flourish in the United States, and has recently expanded to offer seminars and workshops at the Center for Wellbeing and Creativity in Kiental, Switzerland. Darling has traveled extensively for over 40 years, enthusiastically encouraging all humans to explore their musical talents and creative abilities. He has inspired and encouraged thousands at numerous holistic facilities and retreat centers such as Esalen, the New York Open Center, Hollyhock, and Omega Institute.

Since 1986, Darling has worked for Young Audiences, a National Medal of the Arts award-winning organization dedicated to enriching children's' lives by providing in-school programs in the form of workshops, artist residencies, and guest performances. In 1995, he received the Artist of the Year Award by the Board of Directors of Young Audiences, given "in recognition of his hard work, innovation, and creativity in the service of arts-in-education." In 2001, Darling received the Arts Advocate of the Year Award presented by the Connecticut Music Educators Association for "his excellent work in music education and improvisation." 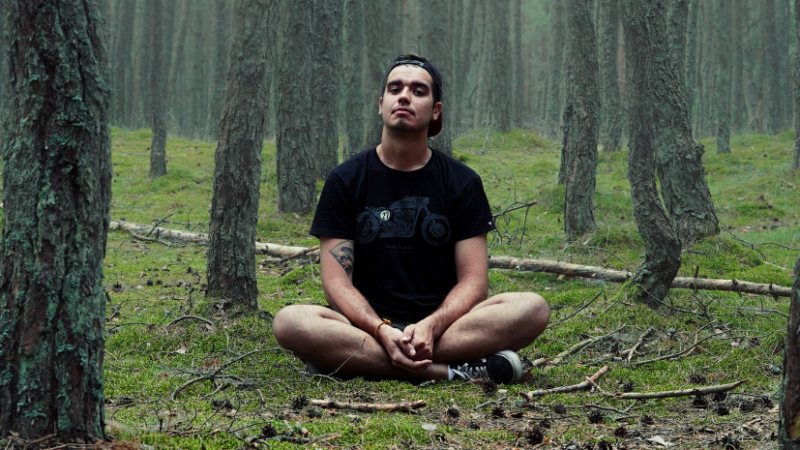 The Place You Awaken

Establishing a place for regular outdoor meditation and nature observation is often referred to as a “sit spot” or “medicine spot”.  Like the Buddha, who found his own tree of awakening, we too can go to nature and practice being awake to the reality of the present moment.  This practice can also help us become more intimate with all the qualities of the land we live with.

“If one day I see a small bird and recognize it, a thin thread will form between me and that bird. If I just see it but don’t really recognize it, there is no thin thread. If I go out tomorrow and see and really recognize that same individual small bird again, the thread will thicken and strengthen just a little. Every time I see and recognize that bird, the thread strengthens. Eventually it will grow into a string, then a cord, and finally a rope. This is what it means to be a Bushman. We make ropes with all aspects of the creation in this way.”

Find more practices for connecting to nature in Rewilding: Meditations, Practices, and Skills for Awakening in Nature by Micah Mortali. 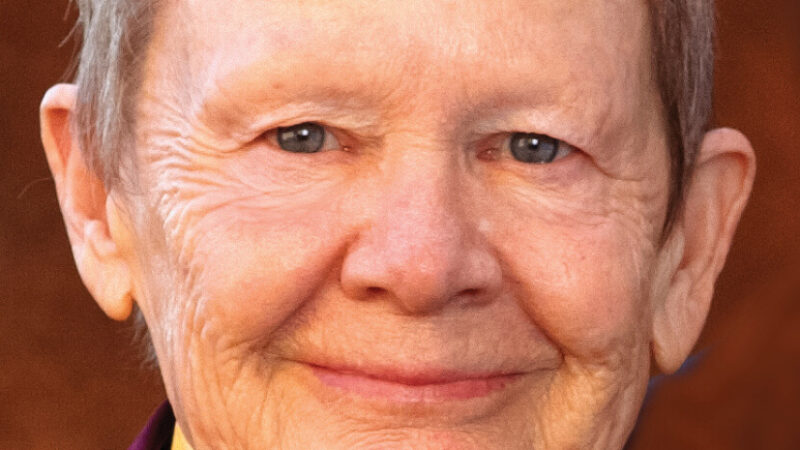 How do we find a sense of stability when everything seems so groundless? Pema Chödrön is celebrated around the world for her ability to help us turn toward things that are difficult and embrace our uncertainty. In this week’s podcast, Pema joins Tami to share her one-of-a-kind guidance, including a special practice she calls “compassionate abiding.” Tami and Pema also talk about how to stay embodied when panic arises, accessing the wisdom inherent in our emotions, and the importance of cultivating “unconditional friendship” and befriending even those parts of ourselves that we want to reject. 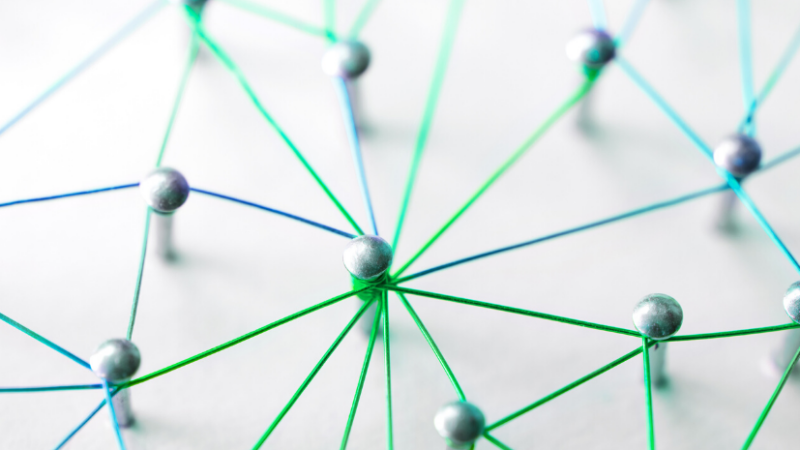 The Power of Mapping Your Emotions

It’s in everyone’s best interest to learn to remove the emotional blinders and identify emotions accurately, both the uncomfortable and the upbeat ones. After all, unpleasant emotions are normal and natural, a fundamental part of being human. Emotions fluctuate on a daily basis, often several times in a given day. If you didn’t experience negative feelings now and then, the positive ones wouldn’t be as noteworthy or joyful; your emotional life would likely be unnaturally narrow. You would also be deprived of the opportunity to glean important insights into yourself. Feelings, both the good and the bad, are silent messages, alerting you to pay attention to something in your personal or professional life, in your behavior, or in the world around you.

Instead of separating emotions into categories such as good or bad, positive or negative, happy or sad, it’s better to view all your emotions as useful information, as “evolutionarily evolved responses that are uniquely appropriate to specific situations,” says Karla McLaren, MEd, author of The Language of Emotions. “When you stop valencing, you’ll learn to empathically respond to what’s actually going on—and you’ll learn how to observe emotions without demonizing them or glorifying them.”

Being able to recognize and express what you’re feeling helps you better understand yourself (leading to greater self-knowledge); validate your emotions and tend to your own emotional needs; and take steps to address those feelings directly by communicating and responding to them effectively. Having emotional self-awareness can motivate you to make healthy changes in your life, take action to improve the world around you, and become more psychologically resilient—that is, better able to cope with crises and rebound from setbacks.

Learning to Unpack Your Emotions

For some people, engaging in free association can clear the cobwebs from their minds, almost like opening the cellar door to a musty basement and letting in light and fresh air. To do this, you might take a break and consider how you’re feeling about what you’re doing, reading, seeing, or thinking every few hours throughout the day. If a general word comes to mind—such as stressed, anxious, or angry—dig deeper and ask yourself what other emotions you might be feeling (maybe fear or annoyance) along with it. If you do this out loud in unedited, private moments, you might find yourself blurting out what you’re really thinking or feeling, revealing the emotions that are taking a lot of energy to keep inside. This is really about unpacking your suitcase of feelings, or untangling the knot of emotions that is taking up space inside you.

When you think about this in the abstract, it can be hard to pinpoint how you’re feeling. You may just see a swirling mass of a feeling quality such as “dread” or “foreboding” rather than recognizing the specific emotions you feel. To get to the root of your feelings, spend five minutes looking at the word cloud below—no more than five so that you don’t have time to filter your responses—and choose the emotions that resonate with your mood-state lately.

If reviewing these words evokes other feelings for you or if words or phrases that apply to you were not on this word cloud, jot these down in the blank word cloud that follows. Give yourself another five minutes to think about your recent state of mind and jot down phrases, images, or words that occur to you. This is your opportunity to personalize it without any limits or restrictions. If you feel stymied or draw a blank initially, think about your recent responses to current events or situations in your personal life or on the world stage. Try to be as honest as you can by focusing on how you’re really feeling when no one is watching—free-associate without judging, censoring, or revising what you write down.

Once you’ve finished your list, look at the order of the words you wrote down: Did they progress from all negative to increasingly hopeful? Do they portray an internal tension or friction in going back and forth between various feelings? If all the words are positive, consider the possibility that you may be in some degree of denial, focusing only on the window dressing rather than the emotions that lie beneath the surface. Also, consider this: Is there a pattern of shallow, visceral reactions that came out initially, followed by more complex thoughts and feelings? If so, think about whether you’re giving yourself enough time in your life to reflect. If you came out with highly intellectualized words or phrases first, it might suggest that you put on a bit of a facade when engaging with the world, and you might benefit from striving for a deeper engagement or familiarity with your emotions.

This is an excerpt from Emotional Inflammation: Discover Your Triggers and Reclaim Your Equilibrium During Anxious Times by Lise Van Susteren, MD, and Stacey Colino.