Insights at the Edge

Subscribe to Insights at the Edge to hear all of Tami’s interviews (transcripts available too!), featuring Eckhart Tolle, Caroline Myss, Tara Brach, Jack Kornfield, Adyashanti, and many more.

Adreanna Limbach is a personal coach and the lead meditation teacher at Mindful Meditation Studios in New York City. With Sounds True, she has published Tea and Cake with Demons: A Buddhist Guide to Feeling Worthy. In this episode of Insights at the Edge, Tami Simon speaks with Adreanna about contemplative practices that can open anyone to sitting down and becoming more familiar with their own difficult, painful feelings. Adreanna explains how these same practices helped her come to terms with panic attacks and become more resilient to extreme bursts of emotion. Tami and Adreanna discuss what it means to be “worthy” and why challenges are actually invitations to practice. Finally, they talk about the Four Noble Truths and how they might be interpreted in the modern era. (67 minutes)

There are currently no products for this author

Adreanna Limbach is a personal coach and the lead meditation teacher at Mindful Meditation Studios in New York City. With Sounds True, she has published Tea and Cake with Demons: A Buddhist Guide to Feeling Worthy. In this episode of Insights at the Edge, Tami Simon speaks with Adreanna about contemplative practices that can open anyone to sitting down and becoming more familiar with their own difficult, painful feelings. Adreanna explains how these same practices helped her come to terms with panic attacks and become more resilient to extreme bursts of emotion. Tami and Adreanna discuss what it means to be “worthy” and why challenges are actually invitations to practice. Finally, they talk about the Four Noble Truths and how they might be interpreted in the modern era. (67 minutes)

Some of our beliefs aren’t even ours. Like old wives’ tales passed down through generations or reflected back to us through society, we inherited certain cultural and familial narratives, adopted them, and left them unquestioned as “Truth.” Sometimes these inherited narratives and beliefs manifest as unquestioned traditions. For example, when making the Thanksgiving turkey, my friend’s mother always cut the breast of the bird off and roasted it separately. This process was embedded in my friend’s view of “how to cook a turkey.” When she moved to New York and began hosting her own Thanksgivings, she also sliced the top off the turkey and cooked it separately. Naturally.

The grandmother, stumped, thought for a long, hard minute. “Oh,” she remembered, “the oven in my very first apartment was too small to fit an entire turkey, so I had to cook it with the top cut off.” Sixty years later, in a city across the country, my acquaintance was still cooking turkeys as a result of an oven that was too small. This is how inherited narrative works.

Here are some of the narratives that I inherited over the years, in order from most helpful to least: You can be anything that you want to be. Money isn’t very important. It is what it is, and it can’t be changed. Men prefer pretty over smart. Asking for help means you’re weak and needy. These are the ones that I’ve managed to tease out; I’m sure there are plenty more operating in the background that I can’t see.

Part of developing a wholesome or Beneficial View is identifying the stories that we live by, where they came from, and, perhaps most importantly, whether or not they are helpful on the path of waking up to our worthiness. Shariputra, one of the Buddha’s chief disciples, described Beneficial View as the practice of identifying which of our views spring from beneficial beliefs and which spring from harmful beliefs, and then choosing which to nourish and cultivate. Sometimes this also means looking at the views of the culture that we live in.

A few times every year, I host group coaching programs for a rather large online training institute with a global reach, drawing students from a dozen countries, primarily women of varying ages. These groups offer an encouraging environment in which we can speak openly about our fears and hesitations. Over the past decade, working as a coach has revealed to me just how many of us feel a chronic sense of falling behind and a nagging suspicion that we’re not quite _________ enough. You can fill in the blank here with your own particular flavor of not-enough-ness. Not educated enough, smart enough, good-looking enough, likable enough, thin enough . . . You get the picture. A consistent element of these groups has been a gobsmacking number of women sharing that they view their capabilities as insufficient or lacking. Sometimes this feeling extends to the way that they view themselves as people. It’s said that if one fish washes up on the shore, the scientist will call it what it is: a dead fish. Nothing of note, really. However, if hundreds of fish wash up on the shore, the biologist won’t look to the fish for answers. They’ll test the water that the fish are swimming in. So what’s up with the water that we all seem to be swimming in?

In the Western hemisphere, there is a deeply embedded narrative of scarcity that is nearly invisible. I don’t know about you, but I clearly remember playing the childhood game of musical chairs. It begins as a cheerful romp around the circle, with kids squealing and running to nab a chair once the music stops. As the game progresses, however, the stakes get higher. The chairs begin to disappear. The slowest, smallest, and most accommodating kids get disqualified. And the fastest, most aggressive kids advance amidst the dwindling resource of chairs. Good, clean childhood fun. Also, a wonderful way to implicitly teach kids this prevailing myth of scarcity: There is simply not enough to go around. And you better get yours before someone else takes it.

Even if we try to address the messages we might tell ourselves about what we have and don’t have, we can’t avoid them altogether. I was riding the subway to Brooklyn one day when a father and his daughter, who was all of five or six years old, entered the train and stood toward the center of the car. She was chatting to her dad about her day at school until one of the many subway ads caught her eye. In it, there were two juxtaposed photos of a blonde woman. In one photo, the woman was frowning while holding a lemon in each hand, which were hovering at chest height. In the other, she was holding two grapefruits, also at chest height, but she was grinning. “Dad, why is she happy in that one and sad in that one?” the girl asked, pointing to the ad for breast augmentation. I swear the entire subway car went silent in anticipation of how her father would respond. He awkwardly and skillfully lobbed the question back to his daughter. “Well . . . what do you think?” The girl waited a beat and then answered, “She’s happy there because she has big ones and sad there because she has small ones.”

Clearly she had understood the message this poster was communicating to us all: a message of scarcity, insufficiency, and how one might always be “better.” And in that instant I understood how conditioning works. Hello, demon of self-doubt. Just like the fish in the ocean, we’re bound to swallow the water that we swim in. When considering what it means to develop Beneficial View, and the view of our own worthiness, it can be helpful to identify why we might not feel worthy to begin with. If our cultural perspective is rooted in the myth of “not enough,” it would logically follow that we would inherit this not-so-beneficial view of ourselves. Through looking at our own mind in meditation practice, we begin to take stock of the stories and beliefs that are not serving us, unraveling this myth of “not enough,” and revealing the Beneficial View of our innate wholeness and worth.

This is an excerpt from Tea and Cake with Demons: A Buddhist Guide to Feeling Worthy by Adreanna Limbach.

Adreanna Limbach is a personal coach and a lead meditation instructor at MNDFL, NYC’s premier drop-in meditation studio. Her teachings have been featured in the New York Times, Women’s Health, and Refinery29. She lives in New York City. For more, visit adreannalimbach.com.

Buy your copy of Tea and Cake with Demons at your favorite bookseller! 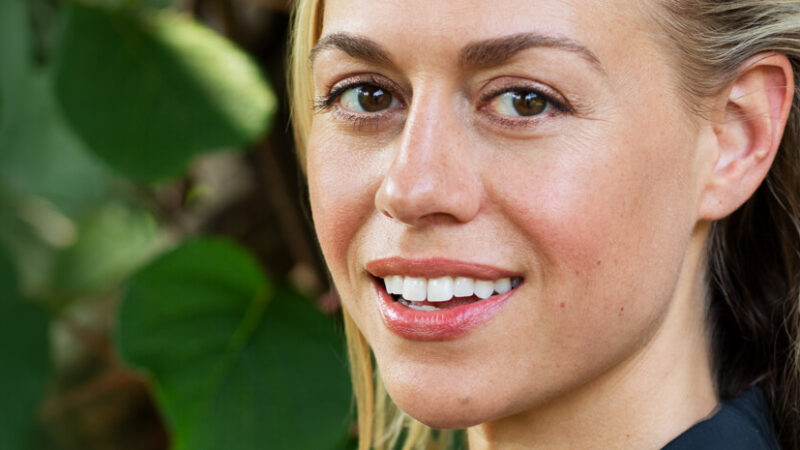 Heidi Smith is a psychosomatic therapist, flower essence practitioner, and registered herbalist. She is the author of The Bloom Book: A Flower Essence Guide to Cosmic Balance, a comprehensive guide for working with flower essences in order to bring about healing, transformation, and awakening, at both a personal and collective level. Heidi is Tami Simon’s guest in “Bringing People to the Flowers,” a podcast exploring humanity’s call to enter into a deeper relationship with flowers. Heidi and Tami also discuss flower essences as a “verbal and vibrational” medicine, the power of intention, how to begin working with flower essences yourself, and much more. 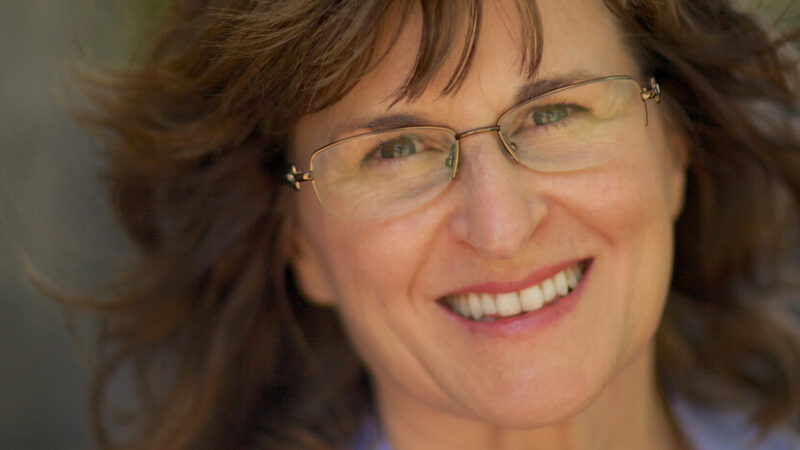 Karla McLaren:Making Friends with Anxiety … and All ...

Karla McLaren is an award-winning author, social science researcher, and empathy pioneer. Her work focuses on a “grand unified theory of emotions,” in which she moves us beyond looking at some emotions as negative and some as positive, and instead helps people see the genius that lives inside every single emotion. In this podcast, Tami Simon speaks with Karla about managing the multiple emotions that many of us are experiencing as we navigate both a pandemic and a time of societal transformation. Tami and Karla also discuss the importance of creating a community that shares an “emotional vocabulary,” the four keys to unlocking the wisdom of our emotions, and much more. 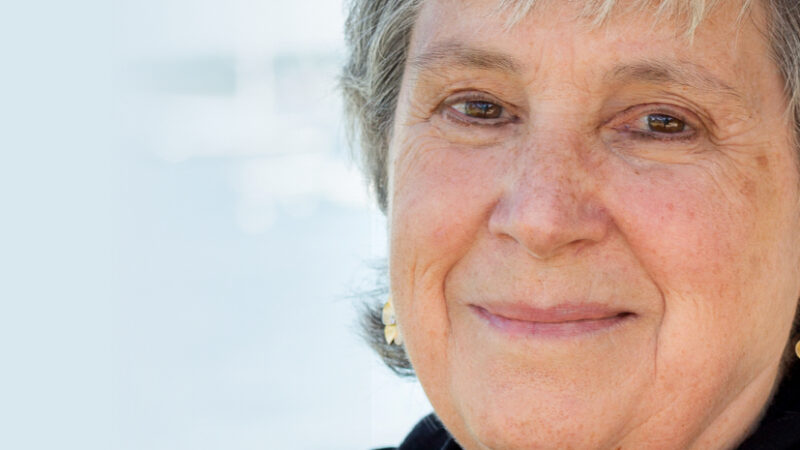 How well do you know your nervous system? Deb Dana is a clinician and consultant specializing in complex trauma, and is the coordinator of the Kinsey Institute Traumatic Stress Research Consortium. Her work at the Kinsey Institute is focused on using the lens of Polyvagal Theory to understand and resolve the impact of trauma, and create approaches that honor the role of the autonomic nervous system. With Sounds True, Deb has created a new audio program called Befriending Your Nervous System: Looking Through the Lens of Polyvagal Theory. In this podcast, Deb offers an introduction to the human nervous system, how Polyvagal Theory informs our understanding of the nervous system, how to manage the state known as “dysregulation,” and more.

Please log in again. The login page will open in a new tab. After logging in you can close it and return to this page.